The Overtones in Aid of Junior Achievement IOM 2017 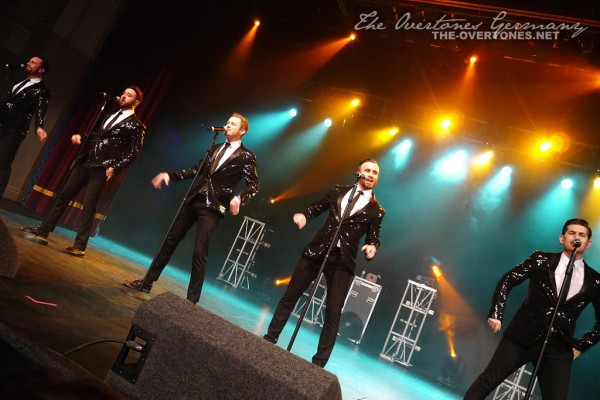 The Overtones returned to the Isle of Man on March 18th,2017 for the 4th time to perform live at the Villa Marina in aid of Junior Achievement IOM.

Sue Cook, Chief Executive of Junior Achievement IOM introduced the evenings opening show act, 12 year old  Amy Gravestock ( Winner of  “The Next Big Thing”  a JAIOM Talent show)  and gave the audience a short inside look of the charities work.

Amy Gravestock vowed the audience with her beautiful performance of  Whitney Houston’s  “I have Nothing” .

The Overtones , Lachie Chapman, Mike Crawshaw, Mark Franks  & Darren Everest performed the first half of their 1.5 hour set without their  5th Bandmember Timmy Matley , who is still recovering from his illness.

Timmy joined his Bandmates during the second half of the show and was greeted with ecstatic cheers.

The Band performed a wide variety of their first 4 albums which also included a couple of a capella songs. They interacted with their audience all evening and the crowd went wild by singing and dancing along during the entire show .

If you would like to be informed about The Overtones next concert for Junior Achievement send an email to  alex.day@jaiom.im and ask to be added to the official mailing list for your chance to purchase Meet & Greet tickets.

We captured a few of their songs for your viewing pleasure and uploaded them on our Youtube channel. 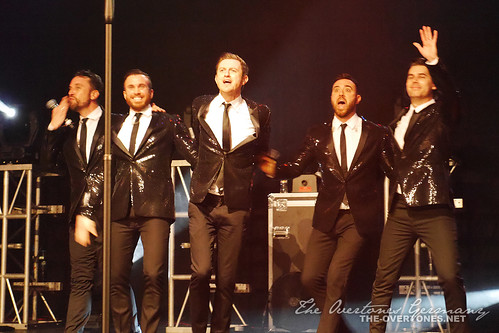