The Overtones at the “Lunch with an Old Bag” in Edinburgh 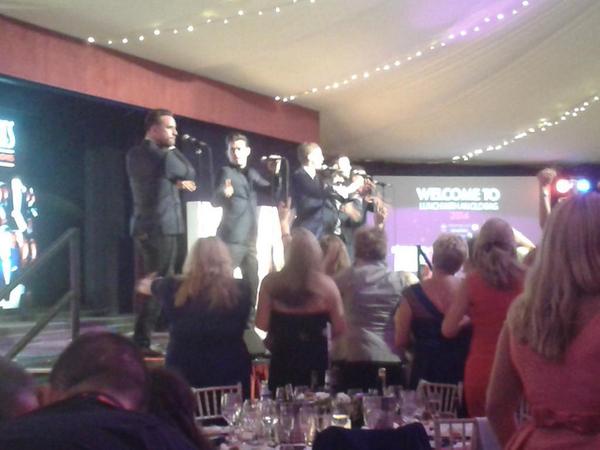 The “Lunch with an Old Bag” event returned to Prestonfield House in Edinburgh on Friday, September 5th 2014. This annual fundraiser has already raised funds to support over 1,000 disadvantaged young people across Scotland.

Some of Scotland’s most glamorous and influential women were joined by ‘honorary old bags’ Jack Vettriano, Ian Rankin, Christopher Biggins and Des Clarke for the event, hosted by James Thomson OBE at Prestonfield.

An auction, moderated by Des Clarke, was held in aid of “Princes Trust Scotland” and the guests were able to bid on numerous exclusive prizes.

One of the afternoon’s highlights was the performance of The Overtones, that has been supporting the “Prince’s Trust” since 2011 at their yearly events.

The “Lunch with an Old Bag” event managed to raise £ 538.000 for “Prince’s Trust Scotland”, that amazing amount of funds will help support 13 to 30 year olds who are unemployed or those struggling at school and at risk of exclusion.

You can find out more about the “Prince’s Trust” here: www.princes-trust.org.uk